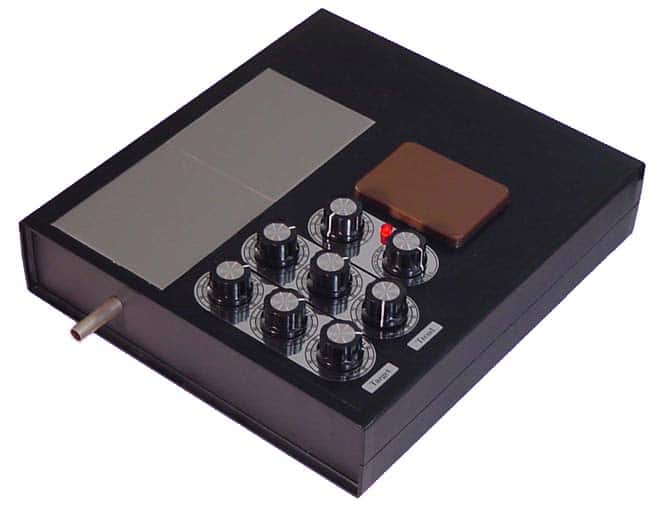 The GPS for All Your Heart’s Desires!

How can this strange and mysterious device help me attract more Money, Success and Lovers… with the turn of a knob? 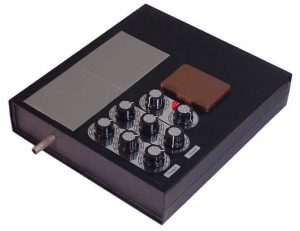 “You just found The Secret Key to HACKING THE UNIVERSE!”

Are you saying I can manifest ANYTHING I desire???

IS THERE A CATCH?
The only catch is that whatever you desire must be POSSIBLE in the first place.
If you are short and clumsy don’t expect to wake up as Michael Jordan in the morning.

YOU CAN:  TIP THE SCALES IN YOUR FAVOR!
Using the equipment and the right technique increases the probability of what is possible.

So, this is like gaming the odds?
BINGO!  It is the “unfair advantage” that a very select few know about…
and secretly use for their own personal benefit.

This is the greatest personal development discovery in the history of mankind.

This sounds complicated and technical.. Just how am *I* supposed to do this?

The technique is actually SIMPLE, but it requires some practice to completely master.

THE GOOD NEWS IS IT IS NOT HARD TO LEARN!

ANYONE CAN DO IT.  THAT MEANS YOU.

Manifestation software and orgone equipment powered by genuine Karl Welz orgonite give you the POWER to CONTROL the Law of Attraction and BEND THE UNIVERSE to YOUR will. 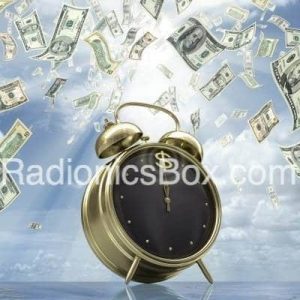 Maybe I stumbled upon this information today for a reason and..
MY  subconscious mind guided  me here… 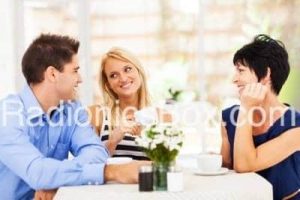 Have you ever met someone who just seems to get everything so easily?  How did it make you feel as you were wondering just how that person seemed to have such an advantage in any situation?  Did you say to yourself “I wish I could do that” or “I wish I knew how he is so lucky”?  There is a good chance that person had a device made by Karl Welz.  This person likely is using this “forbidden” technology.

Maybe you have heard of the legendary “wishing machine top secret black box”, but a wishing machines does not have a orgone generator built in.  That means it does not have a steady stream of life force energy to power and fuel the manifestation of the desire.  That is like using a car with no gasoline.  You can push the car around, but powered with gasoline it becomes much faster and easier. 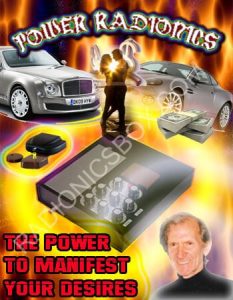 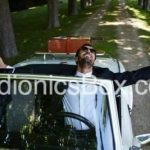 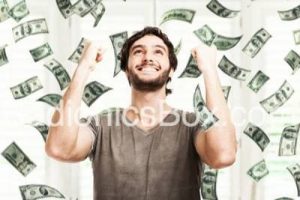 WITH RAD 2400HD ( the best radionics machine for sale) ORDERS and up WE PROVIDE FREE PERSONAL TRAINING and  Q&A VIA PHONE OR SKYPE!

Some dealers just sell you, take your money and hide.  We care about your success and will make sure you know how to use your new manifestation device and software!!!

NO OTHER DEALER KNOWS THE TECHNOLOGY AND SOFTWARE LIKE WE DO!  WE ARE THE ONES THAT WRITE THE PROGRAMS FOR HSCTI INCLUDING SUPER MANIFESTATION ULTIMATE 2.1, MANIFESTATION PRO (BOTH DESIGNED FOR WINDOWS 7-10)

Who would you like to get support from…someone who is just a seller.. or the people that actually WROTE THE PROGRAMS?

WE KNOW what it takes to get the most out of these device and we can train you with our powerful manifestation techniques to make sure you know EXACTLY how to use your new radionics device and software!

DON’T GET SCAMMED BY COPYCATS AND FAKES!  There are a lot of phony wishing machine devices out there.  Don’t fall prey to the scammers.  If it is not a Karl Welz HSCTI / BEC device it is a fake knockoff that will be ineffective at best and harmful at worst.  There is only one real, genuine orgone manifestation line of devices and software: ORIGINAL GENUINE WELZ RADIONICS BOXES, CHI GENERATORS AND SOFTWARE!   Only Karl Hans Welz invented the orgone generator, orgonite and orgone radionics.

BEFORE YOU EVEN CONSIDER ORDERING ANYWHERE ELSE UNDERSTAND THAT WE ALWAYS PROVIDE SUPPORT!  TOP NOTCH SUPPORT.

“A genuine Karl Welz instrument is a unique and powerful piece of equipment that is used to alter probabilities and turn them to your favor and direct outcomes to manifest your desires.” 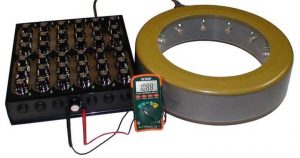 By generating a powerful field of life force with the Welz Chi Generator the radionic instrument rates which are tied to a thought form are given the power to manifest in the physical world.  This is real scientific magick, not what you see in the movies.

THIS IS NOT HARRY POTTER. THIS IS THE REAL MAGICK!  This is about the subconscious connecting to the universal mind and altering the “reality” of the world at its most fundamental level.  It is like hacking the source code of the universal matrix.  There are no potions or chants, just a basic principle of connecting desires to physical manifestation using a powerful technique and technology.

“Rather than being complicated and ceremonial it is quite simple, direct and… surgical.” 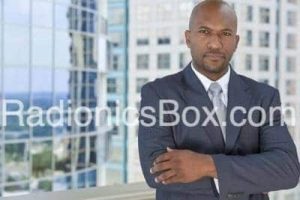 By now you may well be asking yourself how you can start gaming the system we call the world and bending reality to favor your desires so read on and learn more about the science that THEY don’t want YOU to KNOW ABOUT!

A technology SO POWERFUL… THEY don’t want YOU to have it!

“THEY” really don’t.. and once you do you may want to keep the top secret equipment secret yourself!

NOTICE: This top secret scalar energy manifestation technology is BANNED in many countries! Governments do not want the people to have technology this powerful.  It is so FEARED that it is actually punishable by death in some mid-East countries.  International customers: For your safety we classify these devices as “Frequency Generators”, in declarations. 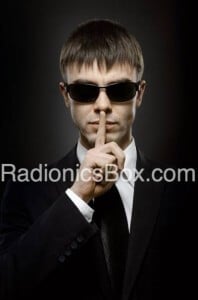 Take A Gigantic Step into YOUR POWERFUL NEW Future !!!

Mesmer built the first accumulator of life force we know of (in the West) – which accumulated “animal magnetism” today the French healers call it “magnétisme personnel” – Wilhelm Reich improved the scientific explanation and the structure. He knew about Mesmer – because as a student of Freud he also studied hypnosis and everybody who studies hypnosis in Austria and Germany learned and still learns about Mesmer.

Wilhelm Reich also knew about Karl von Reichenbach who called it “Od” and based on his observations and also knowing how life force functions in magic Karl Welz could invent the generator of life force, or ORGONE GENERATOR.

“There is no advantage like the Genuine Welz Advantage!”
“There is no substitute for Genuine HSCTI equipment and software!”

Radionics software we are the developers for HSCTI.

We make sure you know… 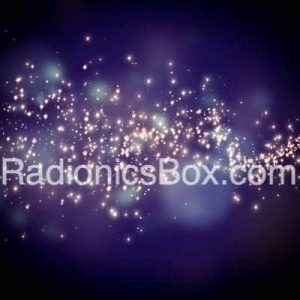 Now, imagine that same power discussed in movies like
“What the Bleep Do We Know?”
and “The Secret”….
only AMPLIFIED with the POWER of life force.

The Welz ORGONE GENERATOR…
This is SERIOUS POWER.

It is the advantage over chance alone.

It is radionic magick without the ritual, scientifically dissected into a practical application of altering reality. 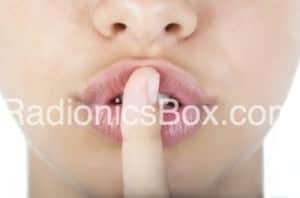 My customers get my personal support.
That is why you want to shop here instead of anywhere else.
and…

Shop with confidence and confidentiality:
I will never give your information to anyone
except Karl Welz factory shipping department.

I also care about your success.
Large purchases are accompanied by my personal phone/Skype lessons and support. 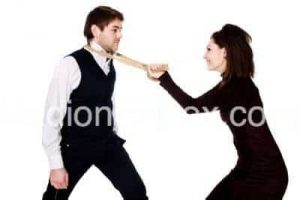 With the power of life force generation you will always
gain an advantage in any situation.

This is a Powerful Technology for Creating Profound Positive Change in Your Life.

You can Manifest your desires with greater ease than ever before!  There are no radionics machines you can make that match the power of genuine KARL WELZ equipment! 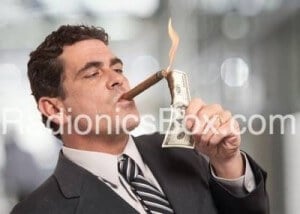 I Attract Money Like CRAZY with My RAD 5 Radionic Machine