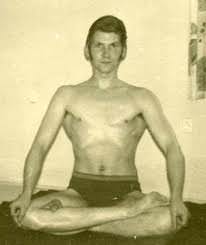 Karl Hans Welz hails from Tirol in Austria. From a young age Karl displayed an incredible aptitude for science and astronomy. He was particularly fond of astrophysics, mathematics and physics as a teenager. He later became deeply fascinated by hypnosis and studied Autogenic training and later Hatha Yoga. He also studied rune magic, practical magic and several forms of life energy studies and technologies such as astral travel and clairvoyance. He also studies Mesmer, Korschelt, von Reichenbach, Tesla and Lahkowski. He then studies general semantics, radionics, Reichian psychology, and orgone physics while in in South Africa, Switzerland, West Berlin and, the USA. After arriving in the USA he built his first orgone accumulators and experimented primarily on plant life.

Karl realized that what Wilhelm Reich called orgone was the same form of energy that he had been exploring for over a decade before knowing anything of Reich. He even built a device that turned out to be an “orgone accumulator” years earlier with Korschelt’s 1897 plans for a” Solar Ether Radiation Apparatus”. Welz also built iron filing barrels of Mesmer’s design (150 years before Reich) which were built as scientifically designed orgone accumulators. Karl understood that orgone can be projected at any distance and that this projection by structural links. This fact was obvious to people of all times and cultures who used life force, including shamans, conjurers, spiritual workers, magicians, and healers. Welz decided to develop a mathematical model to accounts for this phenomenon. This model accounts for many of the amazing phenomena of magic, ESP, radionics as well as astrology. 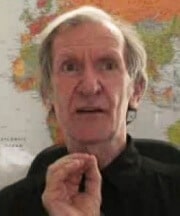 Karl Welz built the very first device to generate orgone energy. He made the very first device in human history that generated life force / bio energy / chi/ orgone energy / od / prana for which every culture and language has some name for this same energy. The first orgone generator ® on the market was the EPG 2000, end of 1992, at first with alternating layers of steel wool and fiber glass, 14 inches long, 5 inches diameter. Soon it became very clear that the orgone generator® can be a significant help in many practices involving the use of life energy (or orgone) such as the development and practice of ESP, magic, self improvement, and trend generation with the help of astrological energies.  For more information see karl hans welz wikipedia.

All of the chi generators and radionic devices depend on the invention of orgonite which is the most crucial element of the orgone generator.  He holds the orgonite trademark. Orgonite is the registered trademark of Karl Welz.  Only HSCTI knows the real ingredients to make it properly and how to make a chi generator.  If it is not genuine Karl Welz orgonite then it is a fake knock off that will be ineffective at best and potentially dangerous at worst.  The correct implementation of the orgone generator circuit is also a crucial element in the chi generators design. The best the radionic machines like the RAD-5 radionic device are HSCTI / BEC made.